Unless you have got a spare few thousand pounds to purchase a mining rig, your’e unlikely to make a significant amount of money from mining cryptocurrencies such as Ethereum or Bitcoin. This is due to the set difficulty of mining a block and the huge computational requirements that entails. Mining rigs generally consist of several high end GPU’s (Graphics Cards) such as the RX580 daisy chained to provide a high hashing rate. Even a decent mining rig with 180MH/s will struggle to provide a worthy profit after running costs are added into the equation. 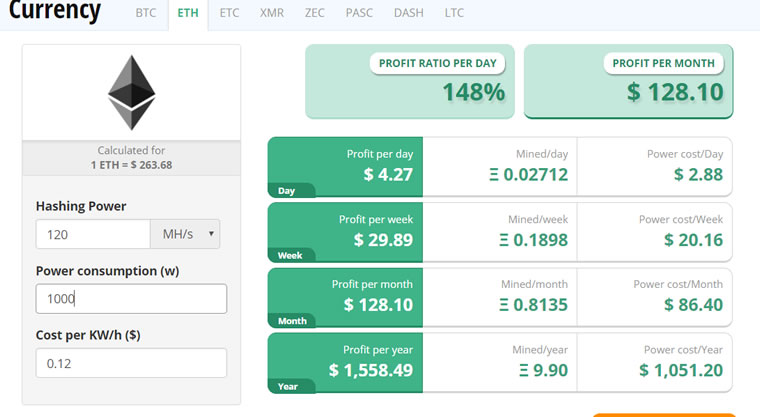 Due to the increasing number of miners and mining farms competing to earn the block rewards the difficulty gradually increases.

I wonder how long the small time miner will remain invested as the difficulty increases and the rewards decrease, then it would possibly be left to the big mining farms to crunch the data and thus heading towards centralisation.

You can still earn a little money from a mining rig, some miners are diversifying into the smaller crypto’s in the hope their value will eventually rocket.

If you have a relatively modern PC and you want to have a go at mining some coins without having to buy a rig, you can do this with minergate but don’t max out your CPU just allow 2-3 cores if you have a quad core etc.

I quite like this Youtube video “Beginner’s Guide: Casual Cryptocurrency Mining with 0% Financial Risk – Is it worth it in 2017?”